Again, I had the privilege of attending one of the most powerful directs from all over, that of Los Mambo Jambo

It was not the first time I saw them, but this past November 28 in Sala Apolo promised much for the anniversary (the 10th anniversary of the band) and for the guests that collaborated: Mario Cobo, -founding member of the group-, Mike Sanchez -Pianist-, The Velvet Candles and they also recalled their stage of the show “Taboo”, with the unbeatable dancer of burlesqueHavana Hurricane 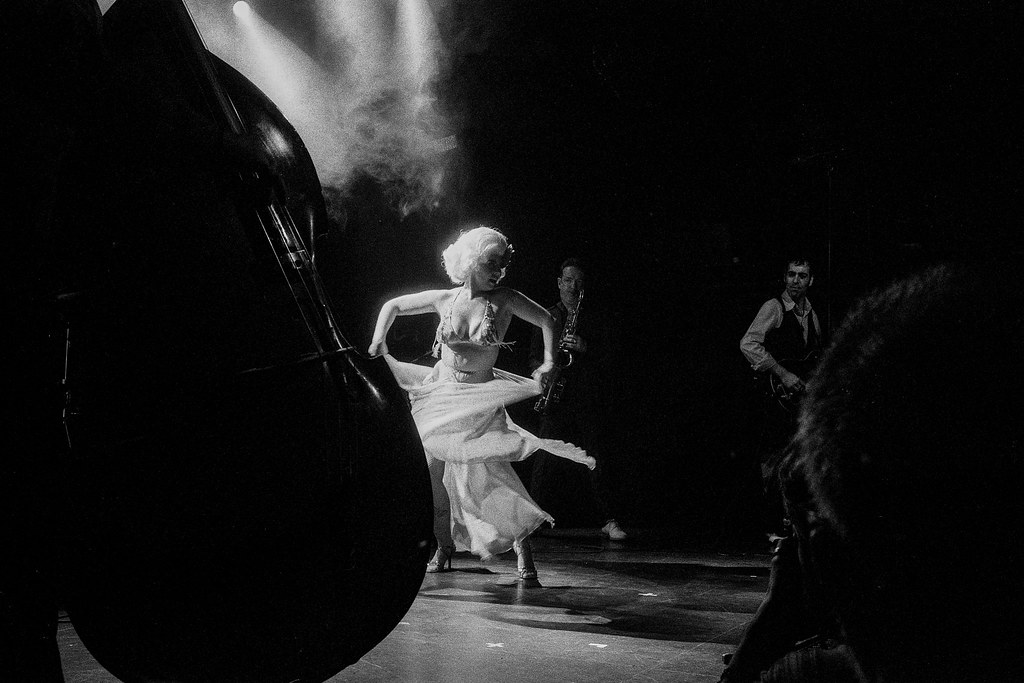 All revealed with Rodinal in my study of lampatics.com ; and scanned with an Epson Perfection 750 Pro.

More pictures of this event on the blog! pocallum.wordpress.com