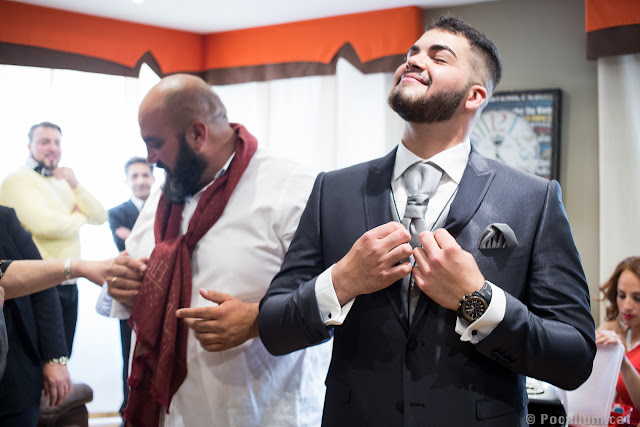 All of a sudden destiny offered me the exceptional chance of getting to know a bit better the Romani or Gypsy culture. First Carrer magazine (published by Favb) commissioned me to take some photos of a gypsy family, Juan José Fajardo’s, from the Bon Pastor neighborhood. I also had the pleasure of meeting and photographing uncle Amadeu from the Hostafrancs neighborhood.

The job was very interesting as we were not too familiar with the traditions of this community and, we have to say, many times prejudices block out reality.

A part from spending a great evening with the Fajardo family and carrying out my task, we exchanged phones in case they wanted or needed a photographer in the future. I was, obviously, delighted!

So, said and done! Not even a month had gone by when I received a phone call … Mr. Fajardo asking me if I wanted to go to the wedding of one of his sons.

Fortunately, I was free that day and was able to accept. I was really looking forward to attending to an event usually restricted to family members. 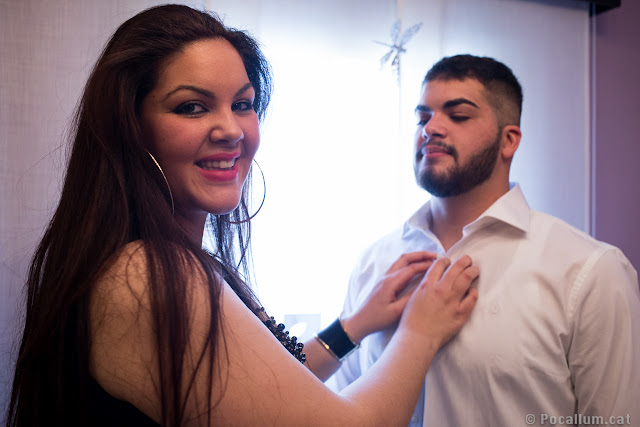 Once there, at the exact the time we had arranged to meet, the groom’s father came down to the street to meet us and gave me a brief rundown of how things, the ceremony, were going to be. I was glad he gave me some clues so I could move around and know where to be at each moment.

Therefore, keeping in mind his indications, I went up the steps to their apartment. When I got there I was a bit surprised to find Josua in his underwear T-shirt and trousers. There was a happy party atmosphere, I got into my role and took out my camera. 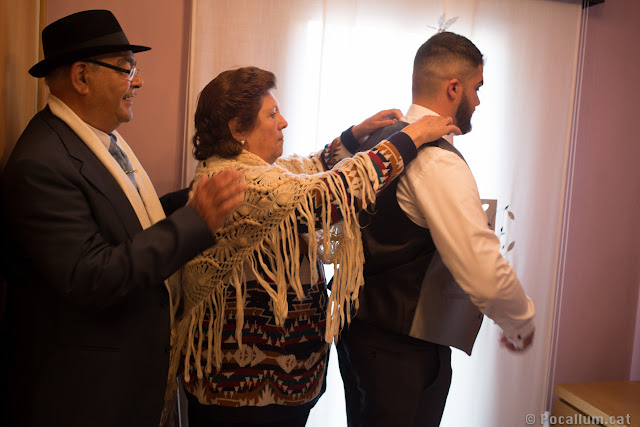 The first part of the ceremony consisted in going to the groom’s bedroom where the closest relatives started dressing the young man. But, don’t get mistaken and think it’s like dressing a mannequin, no way! Each family member helped him put on a part of his attire, performed a short dance and then gave him a loving hug. The last ones to dress the groom were his grandparents, important patriarchs of that Romani community. Happiness and joy overflowed; what’s more, they kept increasing as the small apartment got more and more crowded with the arrival of new family members. 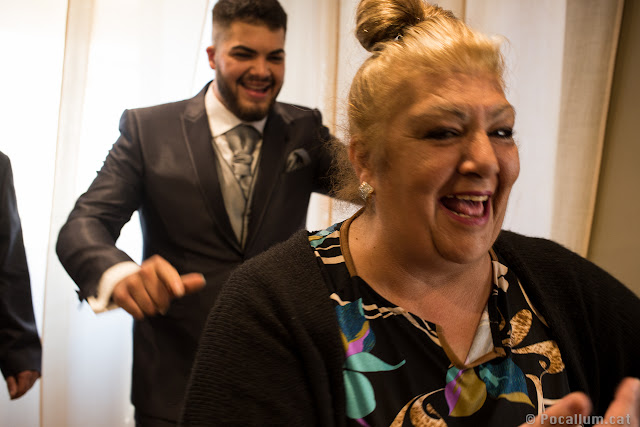 Once the groom was ready, we took pictures of him with his parents, grandparents, sisters, brothers, uncles, aunts and other family members. 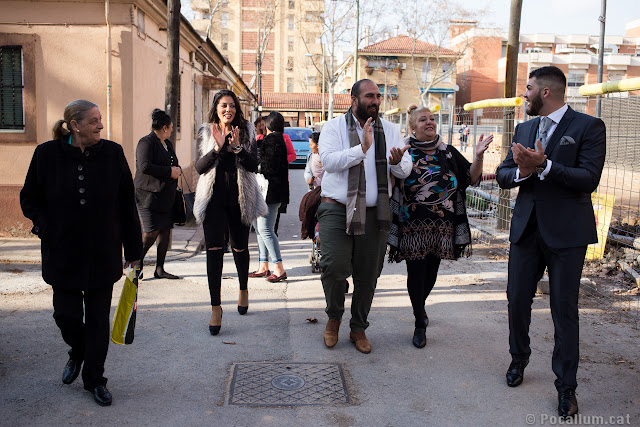 After that, all of us went down to the street, to a nearby square. Our promenade was accompanied by songs and clapping announcing the neighbors the imminent marriage of the young couple. 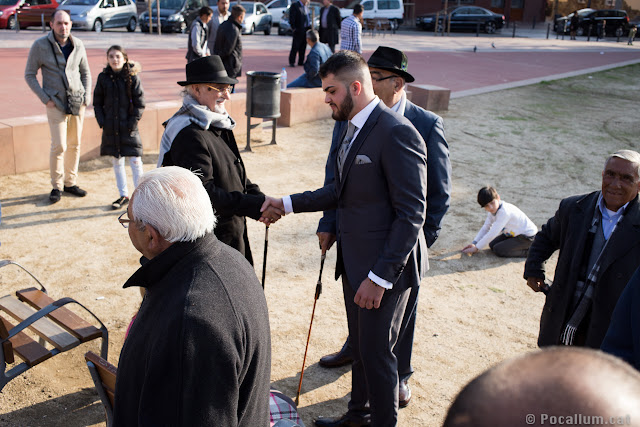 When we got to the square there was another group of gypsies, impatiently waiting for us. They explained they were the bride’s family. There the patriarchs gathered to talk about their things. After a few minutes I had the feeling both groups were congratulating each other, they showed their approval first shaking hands and afterwards with a big hug. 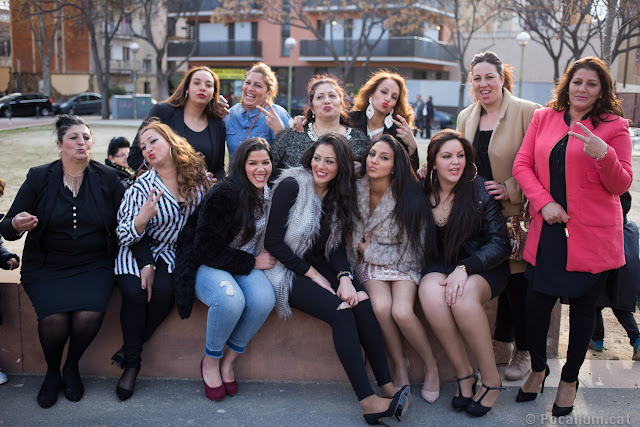 They introduced me to the bride’s grandparents, parents and the rest of her family. Then they told me to follow the bride’s grandmother to a nearby little house with a garden. There a nice surprise was awaiting me. In a well decorated dining-room all the women and children from both families were celebrating their private party with the bride; she looked spectacular, she was wearing a fancy lavish yellow dress with lots of spectacular accessories. 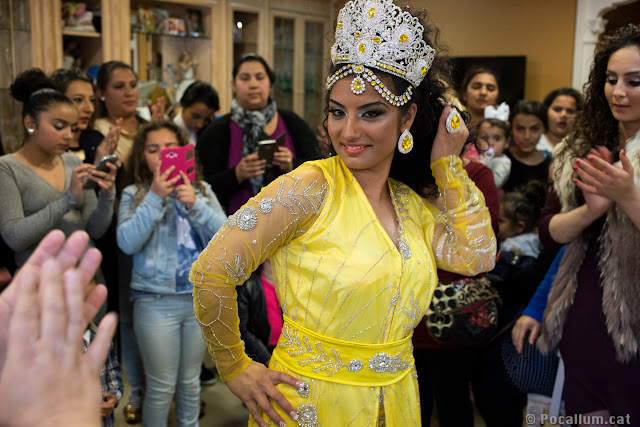 According to the protocol, if I got it right, they congratulated Verónica (the bride) dedicating to her an improvised dance. The women were in charge of the music with their songs and clapping. 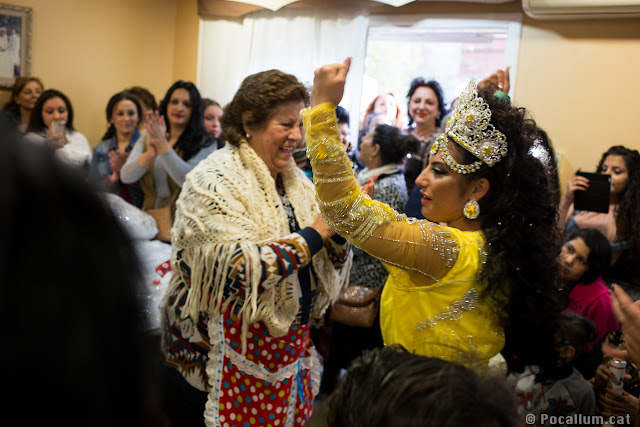 The atmosphere was festive and very emotional, the groom’s mother and grandmother hugged and congratulated the new member of the family dancing.

The atmosphere was festive and very moving. The groom’s mother and grandmother embraced and congratulated their new family member and danced. 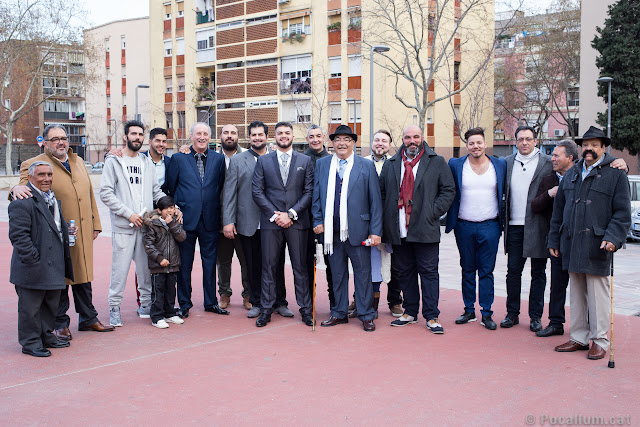 But all of a sudden, a lady came up to me and told me to follow her to the garden. She did the same with all of the kids that were there. The reason was they were going to carry out what is considered the high point of the ceremony: the test of the handkerchief. I think everyone knows how this tradition works, more or less.

So, I returned to the square where the men awaited for this part of the ceremony to end. We didn’t have to wait long, after 15 or 20 minutes we heard the women coming out to the garden. Everything had gone well. 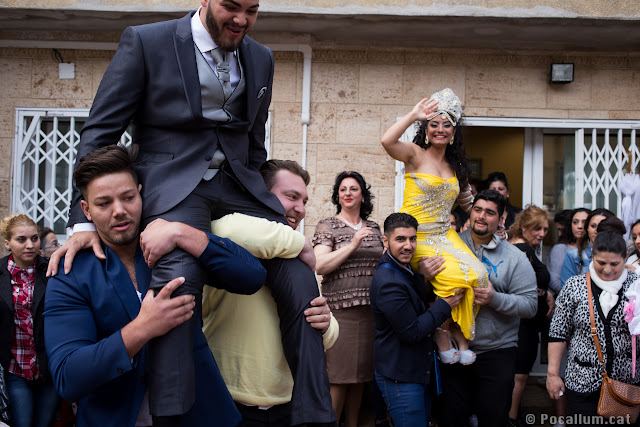 From that moment on the couple could consider themselves married and well married. 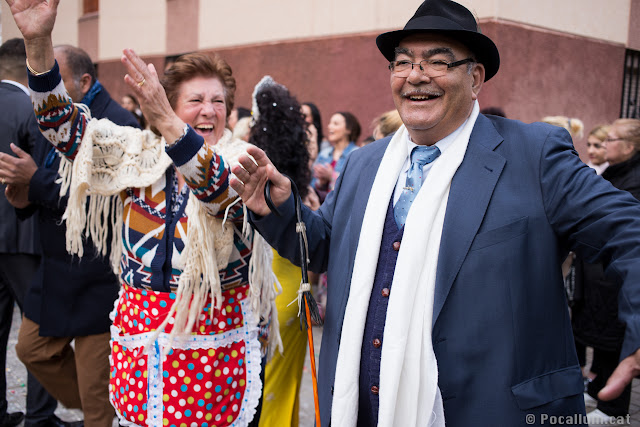 They then put the newly wed onto their shoulders and the party began: singing, dancing, clapping and throwing out a huge amount of candy. Yes, tons of candy to my surprise! 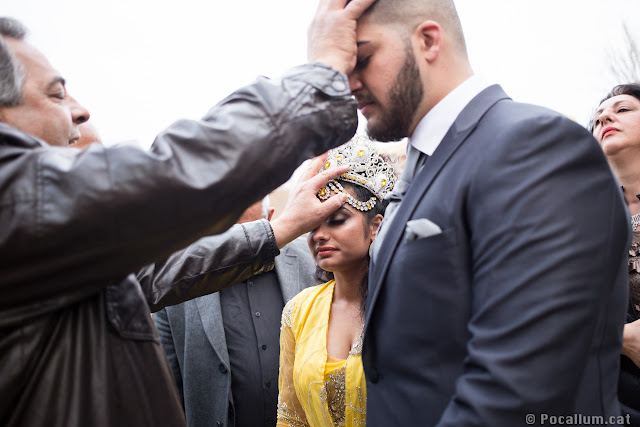 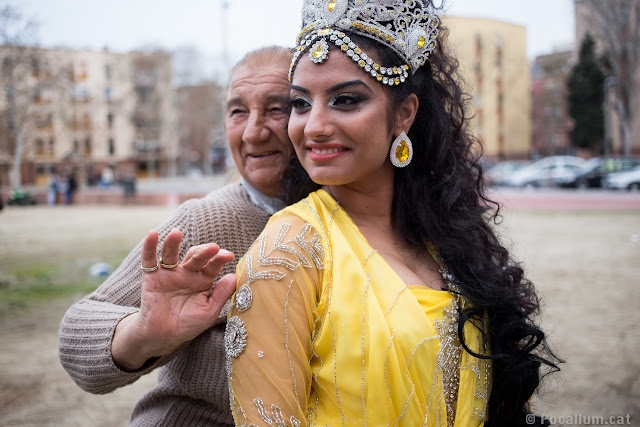 After having danced with everyone in a happy atmosphere we all went to the square to attend to a short but beautiful ceremony performed by a pastor. Most gypsies are evangelist so then the religious ceremony took place. The pastor placed his hands on the forehead of the bride and the groom wishing them the best.

After taking a bunch of pictures with relatives and friends my task was now over. They continued with snacks and a great big party. I had seen and photographed the most interesting part, my first gypsy wedding.

More pictures of this Romanó’s wedding